Up to HKD200,000 extra protection on coronavirus*

Critical illnesses often strike without warning, and put you and your family in great stress all in a sudden. While worrying that the unforeseen financial burden of medical care will derail the future plans of your family, you also need experts’ advice from the diagnosis and start the appropriate medical treatment. Tahoe Life understands it and offers you MultiGuard Critical Illness Protection Plan (the “Plan”) with all-round protections against 171 critical illnesses. In addition to paying out a lump-sum benefit to ease your financial pressure, the Plan also covers multiple claims against cancer, stroke and heart attack, and reimburses you the medical expenses. You will also have access to timely professional advice and support throughout the journey of recovery. Even when there are challenges from time to time, we are standing by you and bringing you back to a brilliant life.

As life expectancy increases steadily, it is not uncommon that illnesses may strike more than just one time. With the protection reset benefit under the Plan, you will be able to restore your coverage reduced by prior claims. In the unfortunate event that the insured is diagnosed with a covered major illness or passes away before age 75, the claimed amount paid under the early stage critical illness benefit and / or the severe child disease benefit will be reset once (up to 80% of the sum assured) and payable as part of the major illness benefit or death benefit. However, the related illnesses must be diagnosed one year or longer before the date of diagnosis of the major illness or the date of the death of the insured.

If the insured has undergone a complete surgical excision of one of the covered benign tumours, the Plan will provide a benign tumour benefit which covers 19 organs or tissues, with an amount up to 20% of the sum assured for up to two times. Please refer to the “Information at a glance” for details of each covered benign tumour and its maximum benefit.

If the insured is unfortunately diagnosed with cancer, stroke or heart attack, apart from the lump-sum payment from major illness benefit, the followings will be provided by the Plan to support you to go through the whole recovery journey.

This benefit is available upon the successful claim for cancer, stroke or heart attack in the first 20 policy years, and allowing you to reimburse the medical expenses for the related treatment, such as room and board charges, surgical fees, chemotherapy, radiotherapy, target cancer therapy, private nurse fee and so on (please refer to “Information at a glance” section for details). The maximum reimbursement amount will be 20% of the sum assured, up to USD62,500 / HKD500,000 per insured.

The Plan covers up to three additional claims on cancer, stroke or heart attack on or before the policy anniversary date on or immediately following the 85th birthday of the insured. The amount for each claim is equivalent to 100% of the sum assured.

The multiple benefits on designated major illnesses will be payable regardless of whether the subsequent claim for the cancer is a continuation, metastasis or recurrence of a cancer which was previously claimed and paid or a newly diagnosed cancer, subject to the fulfilment of the waiting period requirement.

The waiting period of a subsequent claim for cancer is:

In addition to all-round critical illness protection, the Plan also provides you with attentive Prestige Global Medical Assistance Services. You will have access to a 24-hour medical enquiry service and second medical opinion service supported by experienced medical professionals, worldwide medical network and global medical concierge services to take care of your health needs at all times.

Waiving the premiums for continuous protection

To further relieve the financial burden during the unfortunate events, the future premiums of the basic plan will be waived if the major illness benefit is payable or the policyowner passes away as a result of an accident.

The Plan provides life insurance up to the age of 100 of the insured. In the unfortunate event of the death of the insured, the designated beneficiary will receive the death benefit, equivalent to 100% of the sum assured less any prior claims of early stage critical illness benefit and severe child disease benefit paid, plus protection reset benefit (if any), coverage booster benefit (if any) and terminal dividend (non-guaranteed) (if any).

For 5-year premium payment term, you can choose to prepay all premiums upon policy application. The prepaid premiums will be accumulated at a non-guaranteed interest rate and used for the settlement of renewal premium due. 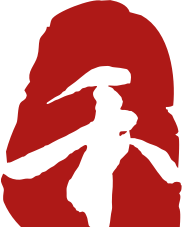